The place, our services & our team

There’s no doubt that the best way to discover a city is on foot.

Walking allows you to connect in a closer way with the local environment and to admire with greater attention the architectural details of the buildings.
Mexico City’s historic center is perfect to enjoy on foot. Its streets are full of architectural gems, museums, colorful shops and surprising spots that are well worth visiting.
We have created this walking tour through the historic city center so that you can get to know at your own pace some of the most important sites of this area. We have designed the tour starting from Hotel Canada.

Leave the hotel and head towards the heart of the historic city center: the capital’s Zócalo. It is the most important public square in the country and with more than 45,000 m2 (480,000 ft2), it is one of the largest in the world.
Stand in the center and look around you. What you see are the main government buildings, the beautiful Metropolitan Cathedral and streets full of history. Depending on the date you are visiting the city, you may come across a public cultural event, since concerts, craft fairs, parades and seasonal festivals are held here.
Also, you can start your day having breakfast at Balcón del Zócalo restaurant terrace. From here you will have a unique and privileged view of the Zócalo, the cathedral, the National Palace and the rest of the historical buildings that surround you. It is a perfect place to take beautiful panoramic photos and, of course, a good selfie that is a must of your visit. Besides, we assure you that you will eat delicious.

The National Palace is the official seat of the Executive Power in Mexico and is an architectural jewel that has been adapted through more than 500 years of history.
Although admiring it from the outside is very nice, it is well worth visiting from the inside. It is open to the public for free and inside you will find several murals painted by Diego Rivera. They are all wonderful, but, without a doubt, the one that gets the most admiration is “Epic of the Mexican People”, painted on the cube of one of the main stairs of the palace. In this masterpiece, Rivera portrayed social events in the history of Mexico, from the pre-Hispanic period until the twentieth century.

Built in the mid-16th century, the Metropolitan Cathedral is one of the largest churches in Latin America.
It has 5 naves and 14 side chapels, plus a sacristy and a chapter house, covering an area of about 6,000 m2 (64,000 ft2). In addition to its impressive size, it is considered one of the most beautiful religious complexes on the continent, both for the beauty and originality of its architectural design, as well as for the artistic treasures that it keeps inside.

After wandering around the cathedral’s interior, walk towards Madero, one of the streets with the most history in the city center. It connects the Zócalo with the Palace of Fine Arts.
This road was converted into a pedestrian walkway and in a short 7-blocks route you will find different cultural venues such as the Mexican Museum of Design (MUMEDI), the Estanquillo Museum and the Banamex Palace of Culture. Also, historic buildings, churches, clothing stores, restaurants and bars.
Before arriving at Eje Central, you will find on your right the Casa de los Azulejos (House of Tiles), which today is a restaurant. This is a good place to take a nice photo as it is an interesting construction covered in talavera ceramic tiles (traditional from the state of Puebla).

The narrow street that is next to the Casa de los Azulejos will take you to the National Museum of Art, better known as MUNAL.
This is one of the best art museums in the country and it is housed in one of the most beautiful buildings in the entire city (both inside and out). It has more than 3,000 works of art, mainly paintings made from the 16th century to the first half of the 20th century.
When you visit MUNAL, don’t forget to ask about the temporary exhibitions, as some of the best in the city are held here.

On your way between the MUNAL and the Palace of Fine Arts you will pass by the Postal Palace, which will undoubtedly catch your attention. This building is another of the architectural gems of the historic center, so don’t forget to take a photo.
The Palace of Fine Arts is the maximum house of art in Mexico. Some of the most renowned cultural events in the country take place here, such as symphonic concerts, operas and ballets.
Take the time to explore it inside, because in addition to admiring its architecture and visiting the temporary exhibition in turn, you will be able to see 12 murals made by the main Mexican muralists, such as David Alfaro Siqueiros, Diego Rivera, José Clemente Orozco and Rufino Tamayo.

Seventh (and last) stop: Museum of Memory and Tolerance

To get to the last stop, you must cross the Alameda Central, which was created in 1592, making it the oldest park in the city.
The Museum of Memory and Tolerance is part of this walking tour in the historic center as it offers an extraordinary visitor experience. It is dedicated to preserving the historical memory of terrible social events and promotes respect and tolerance among humanity. It is one of the most interesting museums in this area of the city.
At the end of this walking tour, you will surely be hungry. We recommend that you read our article on Mexican cuisine restaurants in the historic center so you can visit one of them and relax while enjoying a great dinner. 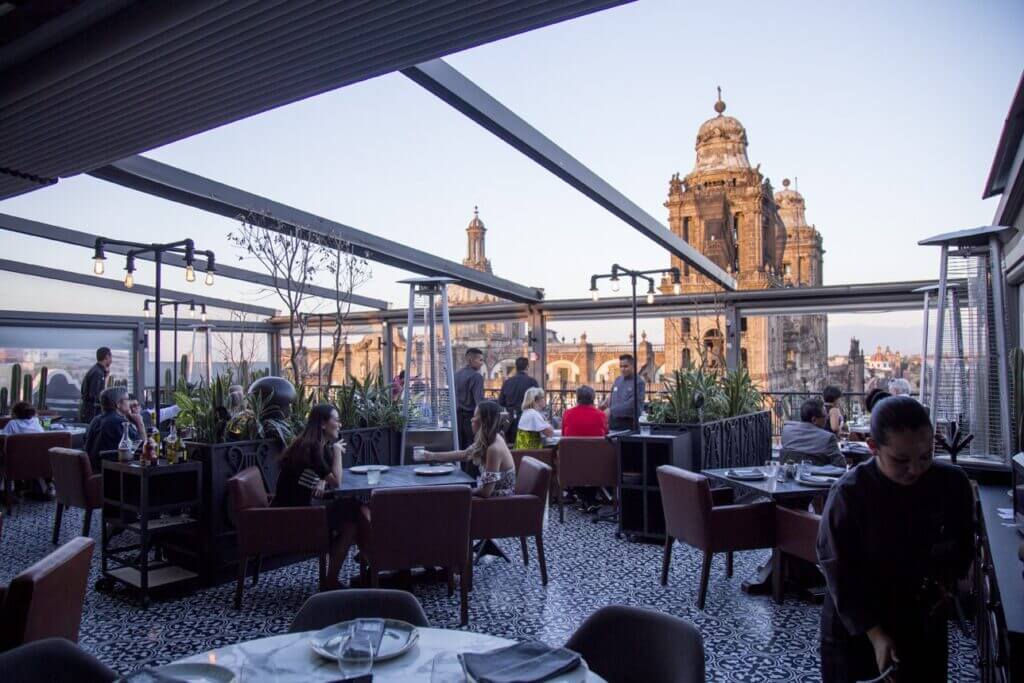 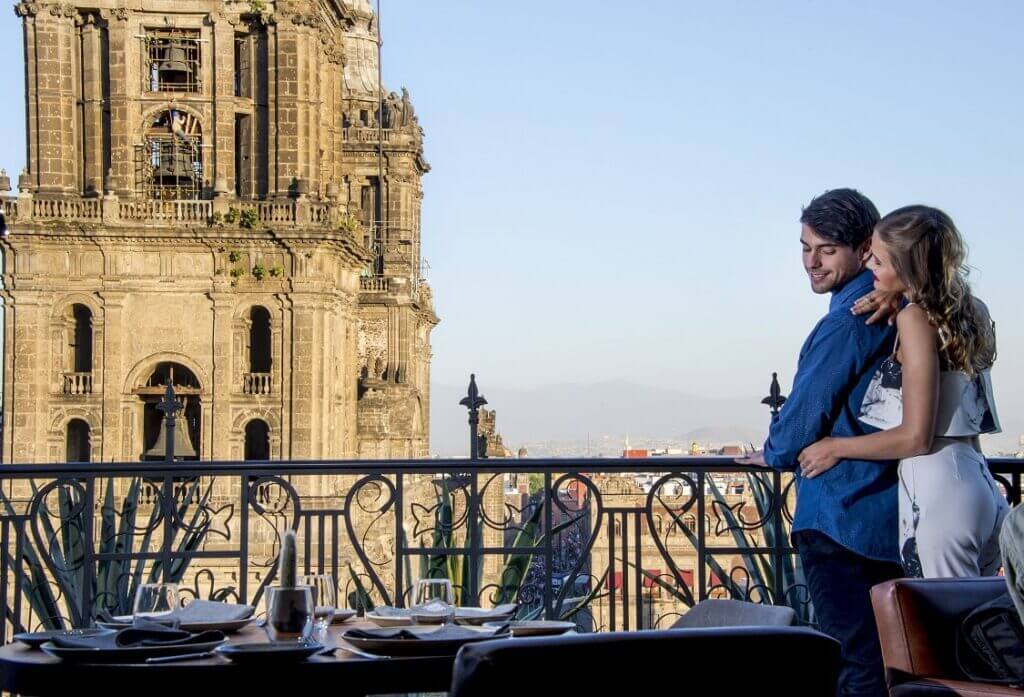